Livejournal: http://idreamofdraco.livejournal.com
Website: idreamofdraco.tumblr.com
Beta-reader: No
Twitter account: http://www.twitter.com/writingjag
*waves* I was converted into a D/G fan in 2006 and have stuck around since then. Long live Fire and Ice!

A Valentine Masque by idreamofdraco    (Reviews - 7)

The Weasley twins’ Valentine’s Day party was the worst-kept secret of the year, which means, of course, that it was an absolute success. Post-war. EWE. Hogwarts-era.

Looking for a normal, happy Christmas, Draco stumbles across the Christmas party of the year and discovers that normalcy is overrated. 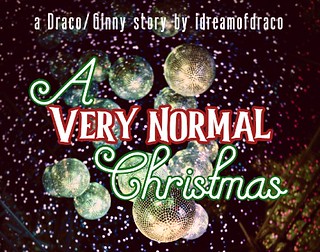 After the Battle by idreamofdraco    (Reviews - 4)

The Battle of Hogwarts ended in the early hours of May 2nd, 1998 with Voldemort falling and the sun rising. After the battle, Ginny doesn't know how to cope. One-shot.

Ginny Weasley jumps from job to job, never able to hold one down. When she comes into a bit of a windfall, her friends and family try to convince her to be practical, but Ginny needs to get away. A chance encounter with Draco Malfoy in Italy teaches her that the only person she needs to rely on is herself. EWE.

An Everlasting Tuesday by idreamofdraco    (Reviews - 50)

What do you do with all the time in the world? Draco and Ginny are stuck in a loop of everlasting Tuesdays, in which they discover that there is such a thing as too much time on your hands.

An Unpredictable Proposal by idreamofdraco    (Reviews - 3)

Draco is ready for marriage, but he is not ready for the proposal. Good thing he has plenty of friends to give him advice....

Hogwarts flying instructor Ginny Weasley and Potions master Draco Malfoy have a contentious relationship, rife with insults, bad jokes, and unethical wagers. After five years of heated exchanges, their relationship takes a new turn, but will Ginny accept the gamble?

Prequel to The Return of the Singing Valentines but can be read alone as well.

Draco Malfoy is a wanted criminal, charged for crimes committed during the war. Ginny Weasley is the Auror in charge of bringing him to justice when he finally returns to England. Little does she know how much Malfoy has changed in the four years he's been away.

Winner of the Best Kiss, Best Response to the Prompt, and Most Creative awards during the DG Forum's Winter 2016 Fic Exchange.

PLEASE heed the warnings, which are explained in a little more detail in the Story Notes. Camping in the Forest of Dean by idreamofdraco    (Reviews - 18)

Ginny, Draco, Harry, and Luna get dragged into going camping in the Forest of Dean with Ron and Hermione. In which Luna searches for Crumple-Horned Snorkacks, Harry tries to be Draco's friend, Hermione looks for firewood, Ron becomes a bear, Draco eats chicken, and Ginny learns that sometimes it's better just to bathe in a lake.

An adventure of the Muggle-iest sort! It's going to be in-tents!

There are three things Ginny Weasley doesn't know: One, that the anonymous pen pal she has grown to love over the past year is, in fact, Draco Malfoy. Two, Draco knows exactly who she is. And three, Draco loves her, too.

Double-Booked for Christmas by idreamofdraco    (Reviews - 10)

Snowball the cat doesn't care about snow, parents, ex-boyfriends, or failed attempts to make the Quidditch playoffs. All he needs is a servant to feed him gourmet food and sunny spots on the floor for cozy naps. Will his relaxing holiday be ruined when Ginny Weasley and Draco Malfoy find themselves double-booked in Snowball's winter getaway for Christmas?

While Narcissa visits Draco and Ginny at Malfoy Manor for two agonizingly long weeks, corsets are worn, gardens are tended to in the middle of the night, and socks are brutally mutilated as they are born. Draco's simple ruse turns into a not-so-simple case of insecurity for Ginny. What is a real Malfoy anyway?

Written for breereeves in the 2013-2014 DG Fic Exchange on LiveJournal and winner of the Best Minor/Supporting Character (for Narcissa) and the Sweetest Fic awards.

A bit of Christmas dancing puts Draco in a bah humbug mood, until Ginny Weasley sheds some light on the world that he has been missing out on. Perhaps Draco has kept himself wrapped up for too long. 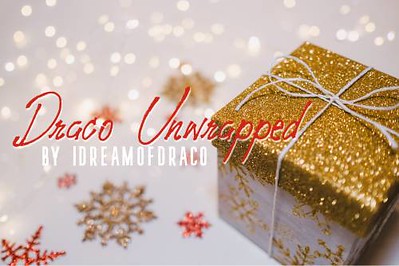 Ginny and Draco wake up in Draco's bed, wandless and with no memory of the night before. Together, they will embark on a twisted journey of self-discovery as they follow clues to retrace their steps. Can they stop bickering long enough to solve the mystery of their missing wands and memories?

Draco's just been fired from his job, confirming, once and for all, that his attempts to turn his reputation around have been futile. Luckily, someone is waiting for him at home, and her opinion of him is all that matters.

Sequel to Tears and Mistakes. Hope can be renewed, but can Draco be forgiven? One-shot.

Skeptical of Muggle Christmas traditions, Ginny writes her own letter to Santa, unaware of the surprise that awaits her under the tree.

She only tolerates the blasted season for him. One-shot. Companion piece to Snow.

Ginny is tired of being the only single Weasley at family gatherings and all the pity that comes with that status. Draco could do without opportunistic women taking advantage of his desire to connect. The solution? Team up to become platonic dates during the holidays.

If only their hearts could stick to the plan....

Ginny kneeled next to the armchair to be eye-level with him. “This is your mum’s cousin, Draco Malfoy. He’s your gran’s sister’s son.” She turned to look up at Draco in the chair. “Draco, this is Andromeda’s grandson, Teddy Lupin.”

“Delightful? Of course he is,” Ginny replied with a pointed glare.

“My dad was a werewolf,” Teddy said, addressing the hippogriff in the room Ginny had tried so valiantly to avoid, and Draco did another double-take because his hair was no longer flame-hued. He’d transformed himself into a platinum blond.

“And his mother was a shapeshifter,” he muttered. He’d never met his cousin Nymphadora, but he’d heard about her plenty after Aunt Bellatrix had found out she’d married a werewolf.

Draco scowled. “Surprised he’ll let anyone other than himself be special.”

Ginny takes a job that will send her to France, but she can't stop thinking about the man who left her. One-shot.

Learning to Fall by idreamofdraco    (Reviews - 10)

When Draco Malfoy wakes up on his eighteenth birthday with wings and claws, he fears he's turned into the very thing people accuse him of being: a monster. Upon his return to Hogwarts, an inexplicable bond with a curious Ginny Weasley provokes his transformations. Together they will explore the limits of Draco's new abilities and discover that in order to fly... sometimes you have to learn how to fall. A Veela!Draco story.

An unexpected attraction to the manager of the new Hogsmeade location of Weasleys' Wizard Wheezes inspires Draco to stake his own claim in the business of daydreams. COMPLETE! 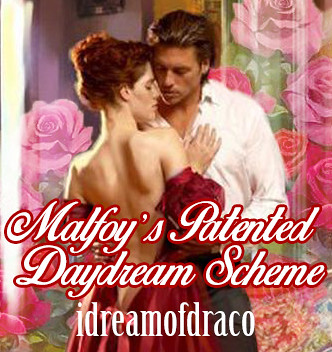 Draco should have known fellow Unspeakable Ginny Weasley was up to something when she began showing an interest in him and his research. Now his Time-Turner is missing—and he knows exactly who stole it. His pursuit of the thief will send him on a trip down memory lane that turns out to be more torturous and more enlightening than expected. 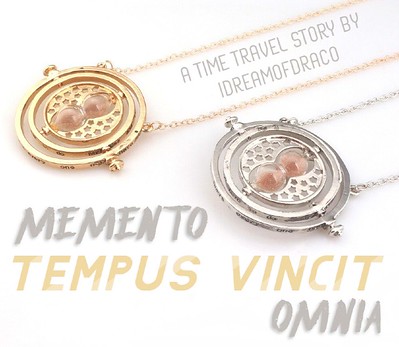 Sequel to Tears. It's been ten years and all he can think about are his mistakes. One-shot.